Fact vs. Fiction in the Public Employee Pension Debates

As the representative of public employee pensions around the state, TEXPERS is responsible for monitoring the media and helping them to do their jobs informing the public by providing the most accurate information.

Since the administration and decision making for pensions is really a very complex subject, we can’t make the assumption that everyone has all the right information all the time. So bear with us as we try to clear up a few misperceptions we’re seeing in the media.

Defined Benefit (DB) vs. Defined Contribution (DC) Plans
In our view, traditional DB plans are better for the taxpaying public than defined contribution plans. While some critics claim that DB plans put more burden on the taxpayer, studies have shown the opposite. The 2008 study from the National Institute on Retirement Security demonstrates how DB plans deliver the same level of retirement benefits, at half the cost of DC plans. The study showed that DB plans:

Performance
Yet another study shows that the public employee pension plans in Texas are doing their job in delivering results on behalf of plan members over the long-term. And 2010 results are positive as well. Both bode well for cities, in that strong investment results maintain or reduce the contributions which cities need to provide to their employees’ pension systems.

(As an aside, strong plan performance has tended, over time, to persuade cities that they could get away with lower than necessary contributions to funds. That ‘underfunding’ makes it very difficult for funds to keep pace with the actual dollar value of the returns needed to fund their employees’ retirements. In other words, good return numbers are one thing, but having the amount of funds available for the benefits due to retirees is another matter. Keep that in mind as you read on, about performance:)

In late 2009 we asked 65 TEXPERS’ members to provide their returns for 1-,3-, 5-, 10- and 15-year periods ending in September 2009. We received 55 completed surveys, 48 of which had the five-year quarterly return history necessary for inclusion in our analysis. The member systems which responded represent $20 billion in assets under management.

What we found was that, for the 15-year period ending September 2009, the respondents’ composite investment return was 8.3 percent, compared to the average actuarial investment return assumption of 8.2 percent. The systems were meeting their obligations to retirees, net of expense, which was a pretty good showing, considering the awful markets in 2001-2002 and again in 2008-2009.

And the news has gotten better, in terms of plan performance. Some of the bigger plans in Texas have showed strong market gains in the intervening months since September. For instance, for the 12-months ended June 30, 2010, here are some noteworthy increases:

We have come to learn that the average annual pension benefit for retirees in The City of Fort Worth is $30,924. According to the Employee Benefit Research Institute, the lowest income groups are defined as those who earn less than $31,000.

We’ll add more blogs that demonstrate the differences between public and private sector employment so that Texans have a well-informed view of what is going on. - Max Patterson
Posted by About TEXPERS at 12:13 PM No comments: 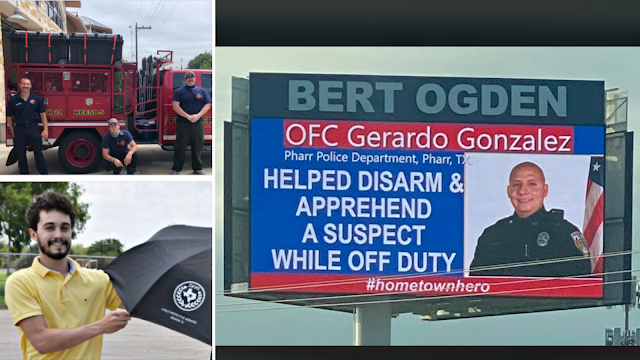