“The TPPF is incredibly out of touch with the economic conditions of Texas,” Patterson said. “Their assessment of the Pension Review Board’s unfunded liabilities reports took two snapshots in time and found there was an 8 percent decrease in the funded status of all Texas state and local pension systems from early to late 2014. Unfortunately, that type of fluctuation can occur very quickly in today’s global debt and equity markets and is not indicative of anything meaningful, other than the market volatility which all systems encounter. Thus the TPPF’s call for transition to defined contribution plans for new employees is incredibly short-sighted.”

“In the interest of developing good public policy, TPPF might first consider asking Texas cities how difficult it has been to recruit new able-bodied employees to police, fire fighting, and strenuous municipal jobs given the incredible competition with the shale-oil boom around the state,” Patterson said. “Moreover, the hiring crisis in many cities is causing an increase in overtime for senior employees, which is rippling through municipal finances and their pension outlays. The TPPF doesn’t even consider these dynamics,” Patterson said.

Patterson noted the recent appointment of Senator Kirk Watson to the Senate Finance Committee and applauded his stated goal of protecting the pension of state employees and teachers. Patterson said Watson and others recognize the need for changes to the Employee Retirement System in this legislative session.

“The state of Texas needs to set the right example for local pensions by providing the necessary funds to retirement systems they established. If the Texas Public Policy Foundation were interested in developing good public policy, they might first look at how much of the downturn in funded status has occurred because of government entities taking contribution holidays. That is the true source of the larger problem of funded status shortfalls, not short term indicators that fluctuate with market conditions.”

TEXPERS yesterday distributed a press release which acknowledged that CORPaTH recognized Max Patterson as a "Champion" of pension security.

You can see the complete press release here.

You can also see the video that CORPaTH produced featuring Patterson for its award ceremony in December by clicking on the image below. 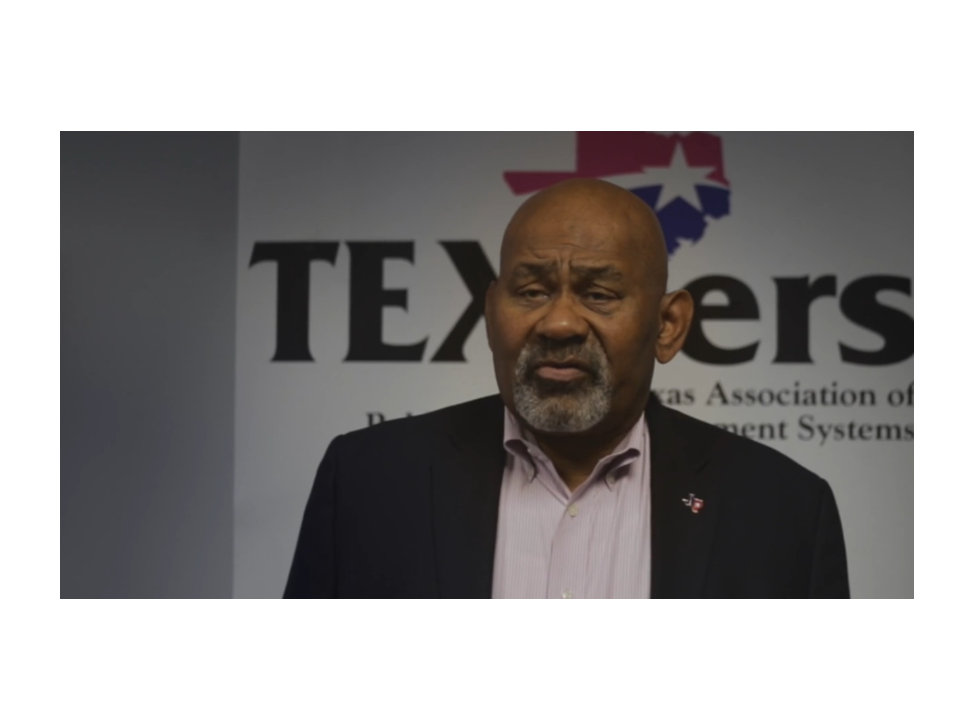 Posted by About TEXPERS at 1:16 PM No comments: