When attendees of TEXPERS’ 2019 Summer Educational Forum leave the three-day conference, Ryan Parrott hopes they will have a renewed passion for their work on behalf of the police officers, firefighters, and other public employees they work to provide with secure retirements.

“I call my speech The Spark because I know from life lessons that the spark is what drives you in life to absolutely crush what you are going after,” said Parrott, an ex-U.S. Navy SEAL turned entrepreneur, author, philanthropist and extreme sports TV series host. “It makes you dig deeper than you’ve ever dug before because it gives meaning and purpose behind the effort to get to the top.” 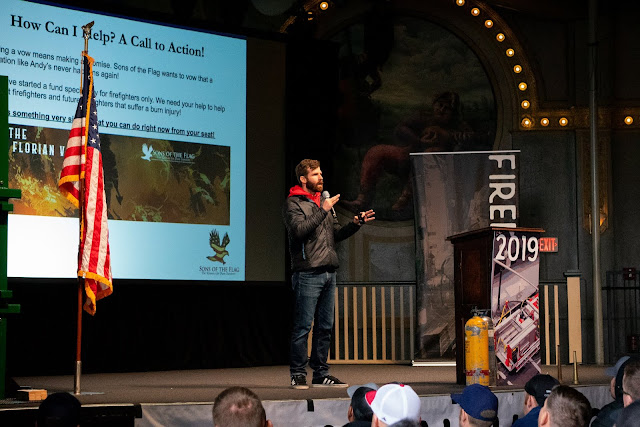 Parrott will give the keynote presentation during the forum Aug. 18-20 at The Omni Hotel in Frisco, Texas. Advanced online registration for the event ends Aug. 5. Visit www.texpers.org for additional information. However, on-site registration will be available.

Parrott will speak during a luncheon from noon to 1:30 p.m. Aug. 19. It’s a presentation he has given to leaders of fortune 500 companies, fire department recruits, investment industry leaders, Boy Scouts and groups as large as 150,000 people and as small as the elementary school he attended as a child living in Detroit.

“I go through my life story – soup to nuts – growing up in Detroit, my career as a Navy SEAL, after my SEAL career, the organizations I’ve founded, extreme sports and landing a TV series,” Parrott said.

He is the founder of two nonprofits benefiting U.S. veterans and first responders, groups many of TEXPERS’ members belong to, help to secure retirement incomes for, or both.

“I hope to take them back to day one of their services so that they truly get that refreshment of what they are fighting for,” Parrott said. “Hopefully, just a taste of my failures and successes – mostly failures – will shed some light on the fact that veterans and first responders are fighting for the same issues here. We are all fighting to take care of each other.”

Parrott grew up in Michigan. He enlisted in the Navy after watching the Twin Towers fall on 9/11, the day in 2001 when terrorists hijacked four airliners for use in an attack on the U.S. He spent eight years as a SEAL, a special operations force of Navy, attached to Team SEVEN. He completed three combat tours to Iraq assigned to Advanced Training Command as an instructor.

During his first tour of Iraq, Parrott picked up the nickname Birdman after a roadside bomb exploded and ejected him out the gunner’s turret of a military Hummer. In an interview that aired in April on WFAA-TV Channel 8 in Dallas, Parrott said the explosion sent him flying straight out of the vehicle and into the sky, like a bird. 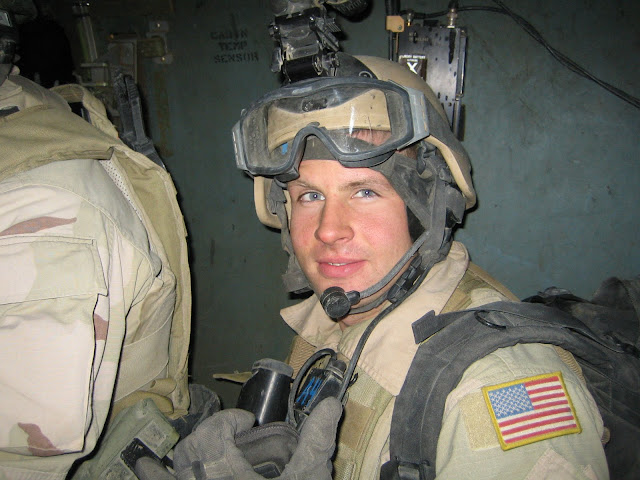 The event wasn’t without injuries, but his burns were minor compared to some of the injuries he witnessed his fellow soldiers receive during his tours. After eight years in the Navy, he decided to use his military training to help military and first-responder burn victims.

In 2012, Parrott founded Sons of the Flag to help burn survivors obtain medical treatments. He also established the Bird’s Eye View Project, a web and TV series that uses extreme sports to highlight the need to assist U.S. veteran and first-responder burn victims in obtaining treatment and to get more doctors educated in burn victim care. 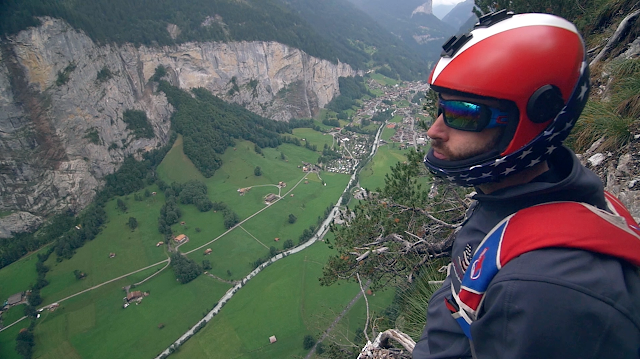 The web and TV series introduces viewers to veterans and first responders who live with various injuries and broadcasts their drive to overcome extreme sporting challenges. Parrott himself has jumped from airplanes and the top of a crane. He has repelled with a canine companion from football stadiums and hockey arenas. He went flight tandem paragliding in Switzerland, unbuckled himself from the harness thousands of feet in the air and parachuted to the ground on his own.


Parrott also is the author of Sons of the Flag: Real Accounts from the Last 100 Years of American Service. He brought together veterans from each of the American wars from World War II to the present and the veteran firefighters of 9/11.The book is available to purchase on Amazon. Proceeds of book sales goes to his charity, Sons of the Flag. 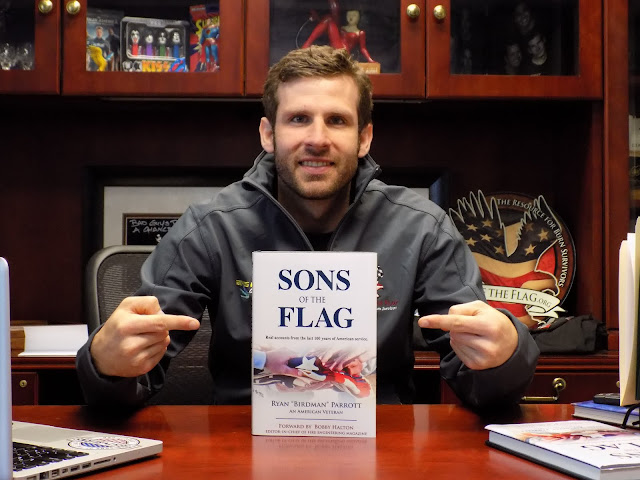 The former Detroiter now lives in Dallas with his wife and young son. The couple have a new child on the way.

“I hope everyone who attends the TEXPERS conference and hears my story goes to SonsOfTheFlag.org and sends the link out to their friends to help raise awareness of veterans and first responders who have survived a burn injury,” he said. “Even knowing it exists, putting it out in the world, gives us an edge to help people who need it.”
Posted by Allen Jones at 11:43 AM No comments:

Public finance attorney Stephanie Leibe chaired her first meeting for the Pension Review Board on June 27. Leibe is taking over from former chairman Josh McGee.


“It is truly an honor that I recognize and am humbled by the confidence that has been placed in me by Governor [Greg] Abbott, and for that I am thankful,” Leibe said in her opening statement. “I am also thankful for guidance and leadership that Josh has provided to this Board for the last three-and-a-half years.”

Leibe served for 13 years as an assistant attorney general in the Texas Attorney General’s office where she was chief of the public finance division. She also served as general counsel to the Texas Bond Review Board providing legal advice on both state agency bond issuances and private activity bond allocations. She currently works in the Austin office of the global law firm Norton Rose Fulbright. Her firm provides legal counsel to the city of Wimberly, and she was recently reported as advising city leaders they could impose a property tax to pay down debt without holding an election.

Unlike McGee, Leibe does not have a well-publicized record of her views on public employee pension funds, but she has set her sights on continuing work begun by McGee.

“I would like to see a future which looks very much like our recent past,” she said. “I think the intensive reviews that the board has been undertaking have provided lots of good valuable guidance both to the funds that have been subject to the reviews and also for funds that can benefit from the information that has come out of those reviews.”

McGee instituted intensive review processes to be a sort of early warning system before triggers require funds to create Funding Soundness Restoration Plans to bring their amortization period below 40 years. The Pension Review Board established wide-ranging criteria for starting an intensive review process. The criteria expanded beyond the amortization periods set in statutes so that any metric, like funded ratio or unfunded liabilities, may catch PRB staff’s eye.

McGee also was active in forming legislation for the Houston and Dallas pension reform efforts in 2017. He also had a role in shaping legislation recently passed in Senate Bill 322 and SB 2224. Leibe acknowledged the new state laws requiring funding policies and independent consultant reviews of investments.

“The agency and the board have been given additional mandates by the Legislature,” Leibe said, “and so I look forward to working cooperatively with the funds, with the board, with the agency itself to implement those mandates in a way that is both open and transparent and has good communication both between the funds and the state.”

McGee participated as a board member at the June 27 meeting. It is unclear when he will formally resign to take up a research assistant professorship at the University of Arkansas this fall.

The governor’s office cannot officially begin a search for his replacement until he formally resigns, but McGee did say he looks forward to watching the Pension Review Board in the future as an outsider. He has not established, in public comments, a timeline for stepping down. 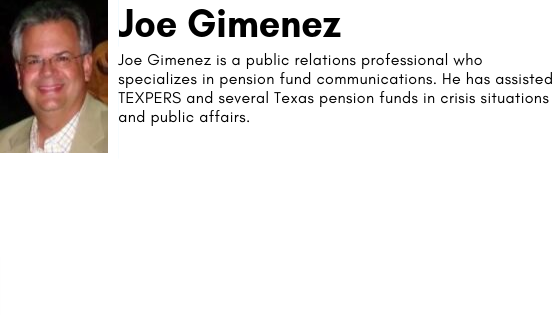 Posted by Allen Jones at 4:14 PM No comments: