In 2017, U.S. House representatives from Texas voted mostly along party lines on 10 votes selected by the Alliance for Retired Americans as having critical importance to retirees.

The ARA, a Washington, D.C.-based national grassroots organization, recently released its annual congressional voting record for 2017. The report uses percentages from 0 to 100 to score congressional leaders on how they voted regarding 10 House and Senate measures the organization considered either pro- or anti-retirees. Votes impacted “Social Security, Medicare, and Medicaid; prescription drug re-importation from Canada; the Affordable Care Act; medical malpractice lawsuit caps; and tax cuts for wealthy Americans and corporations, combined with tax increases for lower-income and middle-class families, that increase income inequality, according to an ARA news release.

The ARA issued grades of 100 to all House Democrats from Texas, except one. Rep. Henry Cuellar, D-Laredo, was the lone Texas Democrat to receive a score below 100.

The ARA scored Cuellar with a 70. He received the low grade for helping pass two Republic-backed bills the alliance saw as unfavorable to retirees. Cuellar voted against a bill that canceled out a Department of Labor rule allowing state and local governments to create saving arrangements for non-governmental employees.

Cuellar’s low score is also due to his support of another bill calling for the creation of association health plans. The plans, according to the ARA report, “would preempt state laws, undermine the Affordable Care Act and not have requirements to comply with essential health benefits.” Also known as Obamacare, the act provides tax credits that lower costs for American households with incomes between 100 and 400 percent of the federal poverty level. An estimated 4.3 million people could drop their Obamacare coverage due to the creation of the association health plans, according to Modern Healthcare, an online business news, research, and data portal. Texas’ own U.S. House Rep. Sam Johnson, R-Flower Mound, introduced the bill.

No Republican representatives from Texas received grades above 10 in the report. Most received zeroes.

Texas Rep. Kevin Brady, R-The Woodlands, authored legislation to end medical tax deductions, which the ARA says was anti-retirees. The bill was among the ARA’s 10 key votes the organization selected as representative of the votes of critical importance to retirees taken by the U.S. House of Representatives. Brady also scored a zero for his anti-retiree voting record in the ARA’s congressional report card.

The ARA sought a no vote on legislation introduced last year to repeal the Department of Labor’s Fiduciary Rule, which requires financial investors put the interest of their clients ahead of their own. According to the ARA, working middle-class Americans lose $17 billion a year in retirement savings due to advice that favors the interests of advisers, not their clients. Texas Rep. Jeb Hensarling, R-Dallas, introduced the bill. Besides having introduced the legislation the ARA also selected as representative of the votes of critical importance to retirees taken by the House last year, he received a zero grade from the organization for failing to support retirees.

Of Texas’ two senators, Republican Ted Cruz received the highest grade, a 10. Cruz supported a Democratic-backed bill offering an amendment to the 2017 fiscal year budget to allow Americans to reduce their prescription drug costs by importing medications from Canada. Despite Cruz’s support, the bill failed to pass the Senate. On nine other measures, the ARA issued Cruz zeroes the organization felt were anti-retiree votes.

The ARA graded Texas Republican Sen. John Cornyn with a zero. None of the votes he cast on critical retirement legislation were pro-retirees, according to the alliance.

“The record of the Republican Senate leadership was particularly bad on retiree issues, and many members fell in line behind their leaders and against seniors,” he states in the ARA news release announcing its 2017 report card. “Senate Majority Leader Mitch McConnell, R-KY, Majority Whip John Cornyn, Finance Chairman Orrin Hatch, R-UT, and Budget Committee Chairman Mike Enzi, R-WY, together took 40 votes on senior issues. Not a single vote could be considered pro-retiree. Our quality of life is under attack in Washington.”

The ARA reports that no House Republican leaders voted for pro-retiree legislation. The voting record, Roach says, indicates how committed each legislator is to the needs of older Americans.

“It will help us make informed voting choices in November,” he says. 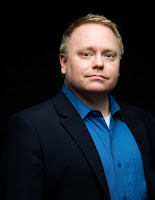 About the Author:
Allen Jones is the communications manager for the Texas Association of Public Employee Retirement Systems. Email him at allen@texpers.org or call 713-622-8018.
Posted by Texpers at 11:08 AM